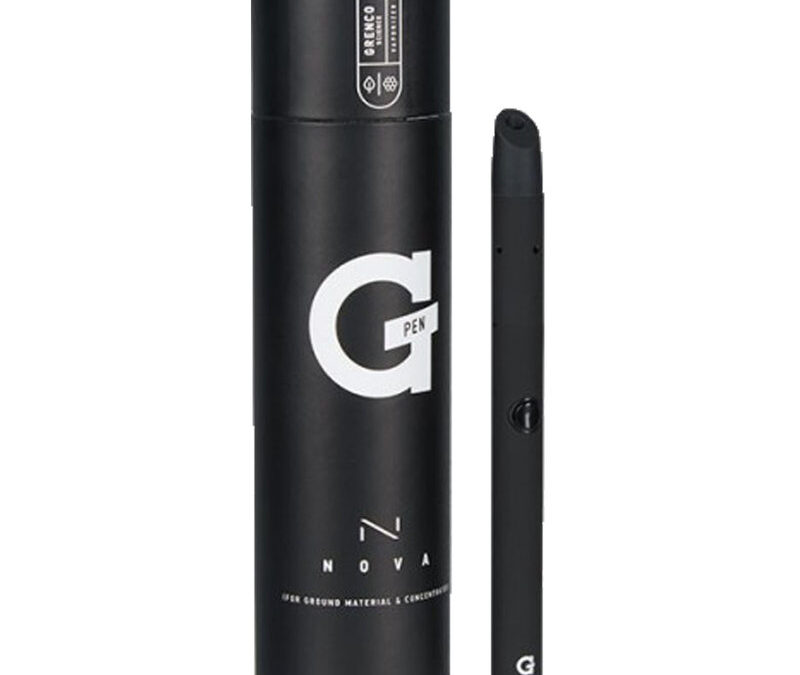 Searching for an honest G Pen Nova review LA will always be known for its glitzy movie industry, but did you know La-La-Land is also home to many legendary vape manufacturers? Indeed, anyone interested in affordable and portable vaporizers has probably run across WeHo-based Grenco Science.

Now a subsidiary of Stündenglass, Grenco is well-known for its budget-friendly G Pen series. While all of Grenco’s G Pen models have been insanely popular with consumers, the Nova model has gained significant attention on social media. Anyone in the market for a cheap and discreet vape pen should check out all the G Pen Nova has to offer.

We’d be lying if we said the G Pen Nova’s vape quality was “best in show.” Due to the G Pen Nova’s tiny construction, it often leans on the harsher end of the spectrum. There’s simply not enough space for your vapor to cool down before it hits your lungs.

While this may be a con for discerning dabbers, it doesn’t mean the Nova’s vapor quality is “poor.” Whenever reviewing a vaporizer’s performance, you have to consider its price point and target audience. In the G Pen Nova’s case, mediocre vapor quality is forgivable considering its low price tag. As long as you’re not expecting a high-end experience, chances are you won’t be disappointed with the G Pen Nova’s performance. Your clouds won’t be as big or flavorful as higher-grade units like the Crafty, but the Nova’s vapor will please if you’re in a pinch.

Discretion has always been a strong point for Grenco Science’s products, including the G Pen Nova. At about four inches tall, this thin vape pen is easy to conceal in your palm and slip into your back pocket. Nobody who tries the G Pen Nova complains about its “bulky feel” or “heavy weight.” Plus, the black exterior color makes it even easier to hide your vape sessions while in public.

Even if someone were to see your G Pen Nova, they could easily mistake it for a fancy pen. In fact, many people who see the G Pen Nova for the first time say it resembles a slightly elongated Sharpie. Heck, you may be able to get away with keeping your G Pen Nova in your shirt pocket.

While the G Pen Nova has a discreet design, please remember this unit has only three temperature settings. Indeed, the G Pen Nova was designed with concentrates in mind, which means it tends to hit harder than units specifically made for dry herbs. This feature makes it difficult to control your plumes of vapor in public. Also, due to the G Pen Nova’s small size, there’s not as much room for your vapor to cool down. This means hits could be harder, and your unit could feel a tad toasty. Be sure to keep these features in mind when choosing where to vape your G Pen Nova.

The G Pen Nova may be affordable, but it doesn’t feel cheap. The Nova’s primary material is aluminum with a quartz loading chamber and a ceramic heating element. There’s also a layer of silicone around this vaporizer that adds a touch of class. As a perk, the G Pen Nova’s mouthpiece doubles as a dabbing tool.

There is, however, a noteworthy drawback to the G Pen Nova’s design. Since the loading chamber is so small, it can gunk up if you overcrowd it. Vapers should never fill the G Pen Nova to the brim with concentrates or dry flowers, as this will probably clog up the mouthpiece.

Even if you use just a tiny amount of wax, you’ll need to clean your G Pen Nova thoroughly in-between sessions. Many vapers recommend using cotton swabs and isopropyl alcohol to wipe away debris in the mouthpiece and loading chamber. You could also heat your G Pen Nova to melt any residual wax and wipe it away with a slightly dampened towel.

By the way, some people have complained the G Pen Nova feels a little toasty on higher heat settings. If you use your G Pen Nova for long periods, you may notice it gets a little uncomfortable to handle.

The G Pen Nova comes equipped with a 300mAh internal battery. While this is far from the industry’s longest-lasting battery, it’s OK for customers who enjoy a few casual vapes throughout the day. If you consider yourself a light user, you may get two to three days out of the G Pen Nova before recharging it. On the downside, the G Pen Nova’s low battery life could be annoying for heavy users or in party settings.

When your G Pen Nova runs out of juice, you can recharge it with the provided micro USB cable. Typically, it takes about one hour to recharge the G Pen Nova from zero to 100 percent.

The G Pen Nova has three voltage settings users could choose from: 3.2v, 3.5v, and 3.9v. You can tell which voltage your unit is on by looking at the color around the main button. Blue stands for 3.2v, green for 3.5v, and red for 3.9v.

Whether you use the Standard or Extended Draw Mode, the G Pen Nova should heat up within about 15 seconds.

With its one-button design, the G Pen Nova isn’t the trickiest vaporizer to operate. Indeed, if you’ve used standard vape pens in the past, figuring out the G Pen Nova should take just a few minutes without reading the manual.

To turn the G Pen Nova on or off, hit the main power button five times until you see the button’s outer ring light up. You should see a blue, green, or red light appear. As mentioned above, each of these hues corresponds with a different heat setting. If you don’t want the voltage that first appears, you could cycle to the next one by hitting the button three times.

Once you’re on your preferred heat setting, hold the central button to activate “Standard Mode.” Your G Pen Nova will continue heating up for 15 seconds, or until you let go of the button. Alternatively, you could activate “Extended Draw Mode” by hitting the button two times. This second option automatically heats your unit for 15 seconds before you draw.

Who Is It Best For?

Let’s start with the bad news: G Pen Nova won’t win any awards for superior battery life or vapor production. That being said, this unit has many attractive features for people who want a cheap and easily concealable vaporizer. The G Pen Nova’s vapor won’t “knock your socks off,” but it’s good enough for a quick vaping session while you’re on the move. Since this vape pen is almost as thin as a Slim Jim, it’s effortless to pack in your pocket and hide in your palm. Plus, the G Pen Nova is quite versatile with 510 cart, concentrate, and dry herb compatibility.

Our G Pen Nova review: The G Pen Nova is best-suited for casual vapers who want a cheap and reliable vaporizer for on-the-go use.