How To Grind Weed Without A Grinder: When A Grinder Just Won’t Cut It 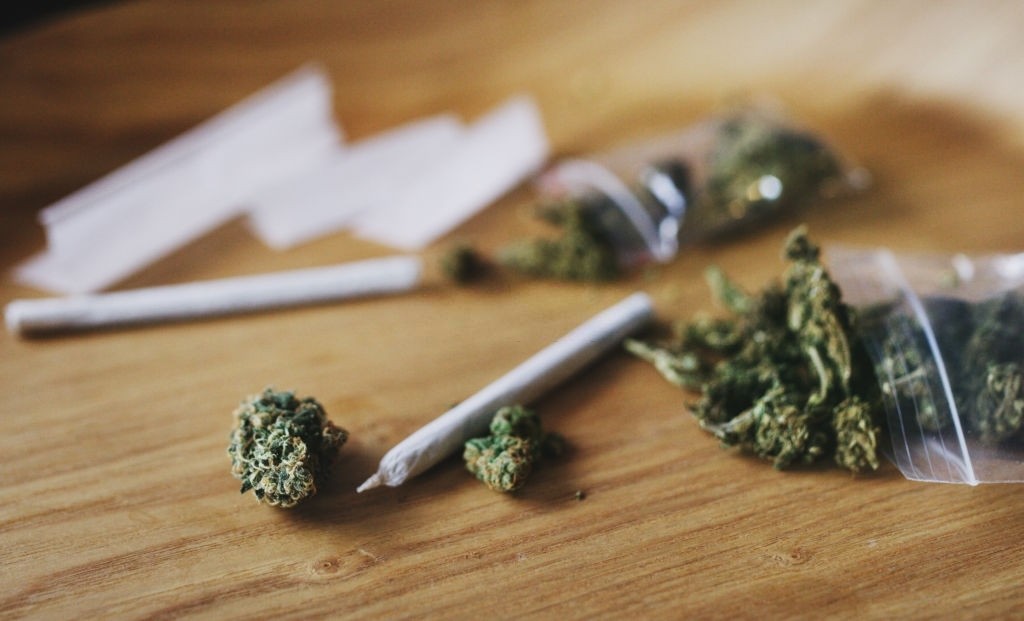 Why don’t you have a grinder? Every responsible stoner has a grinder! But who ever said stoners are responsible? No one. Ever.

There can be plenty of perfectly legit reasons you don’t have a grinder. Maybe your most recent grinder just ain’t cutting it – pun intended – anymore. Or you lent it to a friend on movie night and now they’re ghosting you. Or your ex-girlfriend snagged it. Or you just can’t remember where the fudge it is!

Things you will find around your house have more practical uses than just their intended one. You will be surprised by the next few suggestions. Here they are, in alphabetical order;

Don’t sneeze at this option. It works! Makes sense, right? There are some steps you’ll want to take to get the results of a seasoned professional.

There will be some pre-gaming. Meaning, you will want to empty and wash out the grinder well to make sure you’re smoking cannabis and not black peppercorn dust. The first clue you didn’t do it right will be the spicy taste of the bud. So far, no “black pepper” strain is on the market yet – who knows, you might like the pungent taste!

After washing and before grinding, wipe the grinder dry thoroughly.

The bud will have to be dried out properly. Sticky-icky will just clog up the grinder. But we’ll get to proper bud prep later in this article.

Instead of rinsing it out when you’re done, collect that left over resin and kief and sprinkle it on top of your bowl, bong or joint!

FUN FACT! Did you know that both cannabis and peppercorn contain cannabinoids?

Blender? But I don’t even know ‘er! Yes, a blender. You weren’t expecting that, were you?

The pepper grinder is for one tiny bud. But a blender can really rip up those big boy buds so you can put off the exhaustive search to find your grinder or to go all the way to the store for a new one.

But be aware, the blender blades will chop those buds into a very nicely fine powder. Check your settings before putting into action.

And clean well after use. Cleanliness is next to cannabis which is next to godliness.

Don’t let the grater fool you. Have you ever used one of those “slip-in-your-wallet” credit card or transit card grinders? Works the same way.

PRO TIP! A bud with a stem makes the process a lot smoother and safer.

Even easier than a black pepper grinder because it’s electric – boogie woogie woogie! You won’t tire yourself out turning a crank. A manual coffee grinder will do it in a pinch too.

Give it a good rinse first! But after, again collect the resin and kief and sprinkle it on your bong, bowl or joint. Mmm, leftovers. Coffee grinders are an especially appropriate option if you are dealing with medium size buds. Too big for a grater, but too small for a blender.

As Goldilocks would say, juussst right. Because using the cheese grater for a big bud can really grate on the nerves.

Pestle and mortar is a stone bowl and a flat, rounded hammer type tool. The bud needs to be especially dry for this method. If you’re in a hurry and you’re already in the kitchen, try decarboxylating the buds in the oven.

Si, Giuseppe, a pizza slicer! Any stoner worth his sativa will have a pizza cutter handy for those midnight microwave munchie moments.

You will need to place the bud on a firm surface. Firmly grasp one end of the bud to hold it in place. Then firmly, putting your forearm into it, slice through that baby like a burnt crust!

You can repeat the process until it is finely ground to your pleasure. Then save a little to sprinkle on your pizza. It’s way better than oregano!

All these convoluted kitchen houseware devices. Who has a blender just lying around? That’s okay, there are some very simple methods, perennial and timeless. But still the oldest school method is that old pestle and mortar. In case you don’t have a pestle and mortar handy, or a blender, try these.

That’s not a knife. This… is a knife! Said an old crocodile dundee with an Aussie accent. But actually, you can use almost any old knife.

Say you’re in the forest and not the safety of your kitchen. You can use a swiss army knife the same way you might use it to cut some fruit.

This is a classic method, applied since the good old 1960s. It’s easy, it’s precise.

Any pair of scissors will do. Clipping scissors like you use for your toenails are easiest. But do I have to remind you to wash those well before cutting up the bud?

If you’re at a party, that tequila shot glass lying on the will do quite nicely to collect the trimmings. But so will that wine glass. The tequila drops might give the bud an interesting coat of flavor.

Or finally, use what God gave you -Your hands! Never fails. Some purists don’t even want to use a grinder when they can have their hands directly in full communion with the flower.

There is a drawback to using your hands. The trichomes that give the weed their potency are the outer coating and will stick to your fingers. Test the theory by touching your thumb and forefinger together after breaking up some sticky – icky as God intended.

If you are going to take the hands-on approach, wash them first. It’s just good hygiene. Then you can lick your fingers after when they’re covered in trichomes.

There are a couple alternative methods you can employ when you’re not in the kitchen and in a pinch.

Got bad credit? Doesn’t matter. You can still use your credit or debit card to break up your candy or medicine. Put the bud on a hard surface and press the card flat on the bud, applying pressure.  But beware and be careful with this method. Your card gon’ be stinky when you’re done!

Speaking of medicine, you can use a pill bottle and a small coin. You can also use an old film canister for the hipster factor.

Put your bud in the pill bottle and then slip in the small coin (or film canister). Next, do the hippie hippie shake. That’s one shaky shaky grinder! Plus, what a workout!

If you’re feeling especially ambitious and you have a work shed or tool box, you can DIY a grinder at home or at a friend’s place! You will need a hammer, nails, a saw, tape measure, scrap wood and wire mesh.

Why do you want to grind your weed in the first place? It’s like the Native Americans and their buffalo. With a plant as magical as marijuana, you want to use all it’s parts.

More importantly, a densely packed bud will not smoke well or be easy to roll into a joint. Grinding ensures it will stay lit, either in paper or glass and you won’t waste any of your precious gift from the jah.

Check your buds to make sure they are at the peak of both THC effectiveness and added pleasures of taste and aroma. They should be dried out for around a month. Dry, but not too dry.

Conversely, they don’t want to be too old. Check for last signs of mold on the bud before you commit yourself to any of these grinding techniques.

Besides the decarboxylation method, you can stick your bud in a plastic tupperware in the freezer for a little while to harden it up a bit. That’s one last Pro Tip for ya!

If You Do Get A Grinder

Grinders come in all different shapes, sizes and styles. If you do finally make it to the store, here’s how to shop:

In its most basic simplicity, a grinder is a lid, a grinding chamber and teeth. Features to think about include removable screens, magnetic lids, quick-lock systems, kief chambers and crank handles.

All the methods described to you in this article may or may not have already occurred to you. Really, it’s just basic physics and science. Marijuana doesn’t just teach you math. It can teach you lots of other skills which come in handy for the ingenuous stoner.

Now get to grindin’! You’ve got no more excuses!